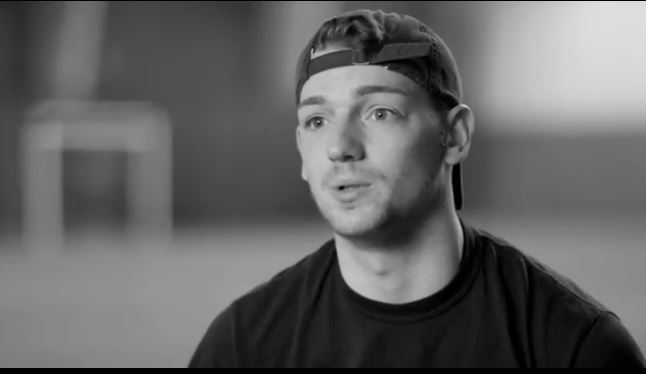 June is Pride Month, and Play Proud is a vital new initiative from Streetfootballworld USA designed to protect some of soccer’s most vulnerable players. Starfinder is honored to be part of this effort.

According to a recent feature on GOOD Magazine, the face of the campaign is American soccer star Megan Rapinoe, a member of the 2015 World Cup team that won gold in Vancouver, Canada. Rapinoe plays for the Seattle Reign FC, one of the founding teams of the National Women’s Soccer League. Proudly out, Rapinoe says that growing up, she would have benefitted from Play Proud’s core mandate of making youth soccer more inclusive and coaches more aware. Rapinoe believes sports environments have traditionally not been safe spaces for LGBTQ youth, but she hopes this initiative will help change that for the next generation.  (Read more)

Recently, Play Proud came to Starfinder to film the story of Senior Leader Program participant, William Sigler. Will has lent his voice to the movement, which wants to change the experience of gay athletes who feel that their identities as members of the LGBTQ community and as athletes must exist separately. The video will be aired on FoxSports during the World Cup — it is just the start of a national media campaign and an international conversation.

All of us at Starfinder are so proud of Will and all our LGBTQ players!
Continue to Play Proud. Be Proud. Change the Game. View the Play Proud Video now!

Make LGBTQ+ youth safe. On and off the field. Join the Team. Donate Now! Share and Tweet!

“We believe you can be an out gay athlete. For so many young LGBTQ youth, there is no safe space to be themselves and to be heard. We believe soccer can fill that void. Play Proud can save lives, literally.” ~Lilli Barrett-O’Keefe, Regional Manager for Streetfootballworld USA