Girls in Senior Leaders Program at all time high 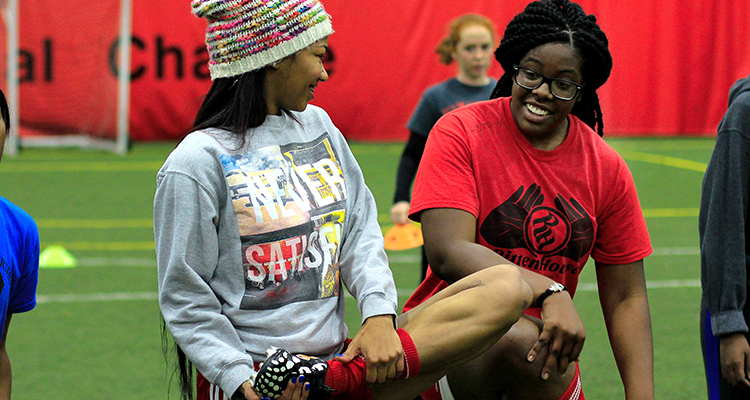 “Growing up playing soccer taught me determination, teamwork, and respect. That’s what we do at Starfinder,” says Stewart. “The skills these girls learn here will serve them for the rest of their lives.” CC, a 10th grader, was one of the regular Senior Leaders last year who helped Coach Casey recruit new players. “Starfinder is like a family,” CC said. “We encourage each other, give each other support, help with weaknesses, and build on strengths. We work together as a team despite our differences and backgrounds.” With 30 regular participants, this is the largest group of Senior Leaders Girls in program history, up from just eight last year. While most of the girls play for their school or a club team, for some this is their first soccer experience.

“Starfinder as a whole prides itself on diversity, and it’s hard to be diverse when you aren’t really representing half the population,” says Stewart. “The girls bring a different aspect to the program. They help Starfinder be more well rounded and achieve parts of the mission it may have lacked before.”